The Platonic Art of Philosophy 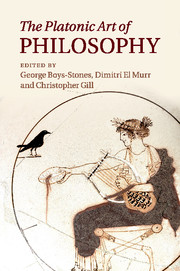 This is a collection of essays written by leading experts in honour of Christopher Rowe, and inspired by his groundbreaking work in the exegesis of Plato. The authors represent scholarly traditions which are sometimes very different in their approaches and interests, and so rarely brought into dialogue with each other. This volume, by contrast, aims to explore synergies between them. Key topics include : the literary unity of Plato’s works ; the presence and role of his contemporaries in his dialogues ; the function of myth (especially the Atlantis myth) ; Plato’s Socratic heritage, especially as played out in his discussions of psychology ; and his views of truth and being. Prominent among the dialogues discussed are Euthydemus, Phaedo, Phaedrus, Republic, Theaetetus, Timaeus, Sophist and Laws.