The Condemnations of Cartesian Natural Philosophy under Louis XIV (1661–1691) 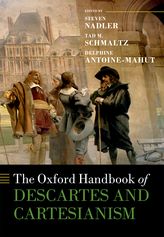 In chapters both titled “De la persécution du cartésianisme”, Victor Cousin and his disciple Francisque Bouillier compile the many official condemnations of Descartes’s doctrine pronounced by the king, the universities, and the teaching orders in France in the last third of the seventeenth century. These chapters are surrounded by a description of the influence that Descartes’s works exerted on early modern thought and by an evocation of the mundane triumph of Cartesianism. Such a juxtaposition is perplexing. Is it possible to go beyond the polarization between institutional censorship and an inescapable diffusion into new circles ? Is there a relation between the condemnations of Cartesian philosophy and its success ? What were the intellectual and social forces at work ?

To answer these questions, I focus on the thirty years between 1661, the year when, immediately after Mazarin’s death, Louis XIV declared that he would rule without a chief minister and wield alone an absolute monarchic power, and 1691, the year when the Parisian Faculty of the Arts was forced to reject a list of propositions of Cartesian and Jansenist origins. These thirty years were not a homogeneous period. The interdiction of the teaching of Descartes’s philosophy pronounced by the king in 1671, followed by a wave of official condemnations, marked a first break. The breach in 1679 of the Clementine Peace triggered the publication of numerous polemical works. Still, the unity of these thirty years is constituted by the fact that the Descartes who was admired, criticized, and condemned was the natural philosopher.

To make sense of the condemnations of Cartesian natural philosophy during these three decades, I begin by gathering the facts that have led to talk of the persecution of Cartesianism. In the second part, I argue that various causes were at stake in this censorship, first by relativizing the importance of the doctrinal question of the Eucharist, second by placing the question in the context of the Jesuit wars, and third by showing that Cartesians appeared as a party threatening the unity of the kingdom.