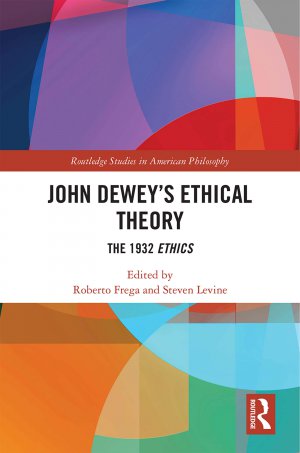 Chapter 12 of Dewey’s 1932 Ethics, on duties and moral obligations, has a clear function : accounting for the specificity of the Right, after the Good, and before the Virtues. Still, the same chapter leaves the reader with three different but related perplexities, which is the subject-matter of the present chapter : (1) Why would Dewey say, quite early in his career, that James’s treatment of obligation was “the simplest and best” and never use it again in his own writings, and in particular, in this chapter ? (2) Since we have previous versions of Dewey’s treatment of obligation in 1891 and 1908, are there some groundbreaking arguments or new concepts in the “new” analysis of duty and the Right ? (3) Why is Chapter 12’s ending so “dark” ? Why would Dewey devote a chapter to duties to conclude that “the new forms of lawlessness and the light and loose way in which duties are held cannot be met by direct and general appeal to a sense of duty or to the restraint of an inner law” ?