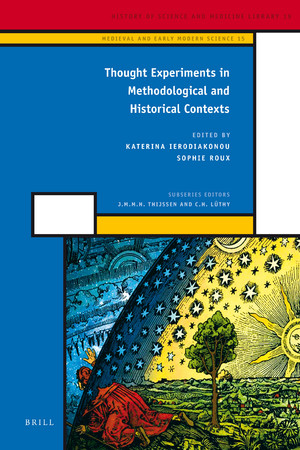 During the last decades of the twentieth century highly imaginative thought experiments were introduced in philosophy : Searle’s Chinese room, variations on the Brain-in-a-vat, Thomson’s violinist. At the same time historians of philosophy and science claimed the title of thought experiment for almost any argument : Descartes’ evil genius, Buridan’s ass, Gyges’ ring. In the early 1990s a systematic debate began concerning the epistemological status of thought experiments. The essays in this volume are an outcome of this debate. They were guided by the idea that, since we cannot forge a strict definition of thought experiments, we should at least tame the contemporary wild usage of this notion by analysing thought experiments from various periods, and thus clarify how they work, what their limits are, and what their conceptualisation could be.

Table of Contents Sophie Roux, “Introduction : The Emergence of the Notion of Thought Experiments”