A Deflationist Solution to the Problem of Forces 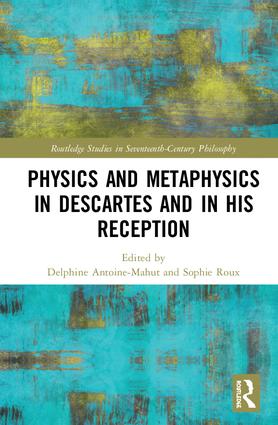 As Desmond Clarke noted by, the ease with which Descartes uses the term vis suggests that it was for him a spontaneous way of explaining the motion of bodies, rather than a term denoting a meticulously crafted concept. In that sense, it is not sure that, for Descartes himself, there was ever a problem of force. But, for Descartes scholars, there is obviously a question about the ontological status of forces and about their causal role. This question is embedded in another more general one, namely to determine which causal activity should be attributed to God, who is the primary cause, and which causal activity should be attributed to the so-called secondary causes, that is, bodies with their various capacities – motions, forces, laws. Let us call this other more general question the metaphysical question of causal agency. Three positions were recently attributed to Descartes in this respect : 1. he was an occasionalist, who attributed no causal power to forces, 2. he was a pure conservationist, who conceived forces as entities distinct from matter and motion, 3. he was a concurrentist, who attributed causal activity both to God and to second causes, especially to forces and laws.

At first glance, these three interpretations of Descartes’s position seem to exhaust the possibilities, whether the causal activity is attributed to God (occasionalism), to forces or laws being ontological entities distinct from matter and of movement (conservationism), or to both (concurrentism). In this chapter, however, I would like to defend a fourth interpretation of Descartes, according to which God intervenes in this world only to conserve it by his ordinary concurrence (in this I agree with the conservationist interpretation), without, for all that, forces or laws being specific entities (in this I agree with the occasionalist interpretation). This interpretation is deflationist since, from a causal point of view, it reduces God to a distant first cause and since, from an ontological point of view, it reduces forces to matter and its motions. I do not deny that forces have a causal role for Descartes, I simply deny that such a causal role supposes that they are specific entities. As we will see, it leads to downplaying the strong relationship which is assumed to exist between Descartes’ physics and his metaphysics.

I shall proceed in three steps. I begin by highlighting the main arguments that lead me to reject the existing interpretations, and, more precisely, certain aspects of the existing interpretations. Returning next to the Principia philosophiae, I show that a metaphysical notion of force and a physical notion of force should be distinguished and that physical force, without being an additional ontological entity, nevertheless has a real causal role when there is an exchange of motion between bodies. In a third and final part, I suggest that one common point to the three usual interpretations to which the deflationist interpretation is opposed to is that they put Descartes’ physics and its metaphysics on the same plane, so to speak.